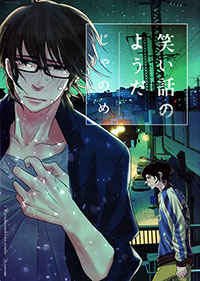 Izumi Seita, a gay, introverted, and pessimistic high school student, falls in love with Shinoya Toichi, his best friend. Shinoya is the complete opposite of Izumi. Before Izumi leaves for university, he gets his only chance to hold Shinoya. The sex they had seemed like a dream, but Izumi absolutely
refuses to ruin his friend’s life and decides to try and forget about his feelings, even though it makes him miserable. But Shinoya won’t accept his decision…