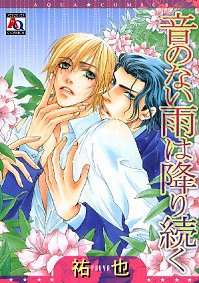 Akira was living happily with his mother and younger brother, when tragedy struck. In the wake of his mother’s death, Akira’s estranged father refuses to show up for the funeral – after all, she is a mere mistress, and he is head of the powerful Kasuga Corporation. Instead, Akira’s father sends Hyougami, his right-hand man, to retrieve two sons he’s never seen before.

Dragged away with his brother to live at the Kasuga estate, Akira tries to break free from his father’s tyranny and Hyougami’s advances. But his every effort is thwarted by the money and power of the Kasuga family. Soon, Akira realizes his well-being is controlled by the whims of Hyougami. His father’s man is used to getting what he wants, and Akira is number one on Hyougami’s list!

Is Akira willing to sell his body for security? Does he have a choice? Or will he find himself actually falling for the cold, ruthless and mysterious Hyougami?