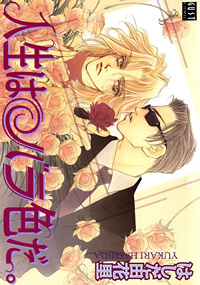 After his parents were killed in an accident, Yayoi assumed their hundred-million yen debt. He was being pursued by collectors when a mysterious man, Kazu, appeared before him and offered to take on the debt for him if he would become Kazu’s… (Summary from Forever-More)

Licensed | Thank you Forever-More for letting us continue this project!