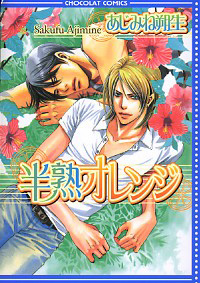 After his parents’ divorce, Kou moved to America with his mother. Ten years later, he’s back in Japan to visit his father’s grave. He runs into his cousin, Ryuusei, who took over his father’s karate dojo, and whom he has not seen since he left with his mother. Ryuusei has always been serious and proper, making it difficult for Kou to get closer to him. One day, while the two of them were talking, Ryuusei suddenly kissed him.