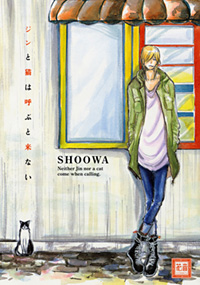 In the gritty backstreets of Paris, Jin ekes out a living as an informant while his buddy, Mari, does business as a hitman. They’ve been friends since they were brats, but Jin’s demanding behavior has Mari growing increasingly resentful. Even so, Mari can’t seem to cut his ties to Jin.

Has their friendship lasted so long it’s become impossible to break? What will happen when Jin’s new live-in boyfriend ignores Mari’s warning about Jin’s carefree lifestyle?